Haiti’s government should do an about-face from the policy of forcefully dispossessing people of land in an attempt to bolster economic output. In August 2013, men with bulldozers arrived in Tru-du-Nord, Haiti, to confiscate land for their government’s vision of growth in the region — organic bananas. Haitians awoke in horror, unprepared for the dastardly acts that awaited them. There was no time to harvest vegetables or secure livestock. Families were forced from their homes, and the local economy was uprooted and replaced with centrally-planned banana plantations.

Central planning aims to achieve an objective but ignores essential guidance conveyed through market prices and undermines an individual’s freedoms. The Haitian government created an agricultural firm, Agritrans SA, to oversee the implementation of organic bananas in Tru-du-Nord. According to Haitian tax offices, the lands taken by Agritrans were owned by the state, but the lands had been occupied by the peasants for decades.

Agritrans’ sole purpose is to oversee the banana plantations.

The poster child of the banana investment is the current Haitian President, Jovenel Moïse. In his former role as CEO of Agritrans SA, Moïse took on the moniker of Nèg Bannann nan meaning “the Banana Man.” Campaigning as the Banana Man, Moïse rode a wave of rural popularity all the way to Haitian presidency in early 2017. Moïse holding the only spot on the ballot has led some to label the Haitian presidential election a farce.

Agritrans SA, led by Moise, received $27 million in investments beginning in 2013, $6 million coming directly from the Haitian government’s Industrial Development Fund (IDF). Agritrans and the IDF are both phantom organizations used to carry out central plans for the Haitian government. Agritrans’ sole purpose is to oversee the banana plantations, and the IDF has fallen into obscurity, withholding performance reports since disbursing money to Agritrans.

A Graveyard of Bananas

The 1,000 hectares (approximately 2,500 acres) Agritrans used for the bananas is now a graveyard of bananas patrolled by armed guards. At first, banana production seemed to be on track, and Haiti expected to export 45,000 tonnes of bananas per week to Europe. There have been zero banana exports since July 6, 2016. A portion of the profit is marked for a local peasant cooperative created to benefit displaced farmers, but there are no profits without bananas to sell. The Haitian government has failed to maintain the property, and it is now a wasteland.

The failed Agritrans project took the community’s land, which deprived the people of food, money, and property rights. The local residents suffered the consequences of lowered incomes, reduced nutrition, and an uncertain future. Milk, meat, charcoal, and other resources were once produced for sale and subsistence on the land taken for bananas.

Jennifer Vansteenkiste, a Ph.D. candidate at the University of Guelph, interviewed 79 out of the approximate 800 people directly impacted by the banana project. The findings of Jennifer’s research reveal disturbing economic upheaval for the local economy.

Homes were bulldozed, farms were destroyed, and cattle were scared away by the machines. The cattle that remained were slaughtered, sold, or went hungry without the land to graze. The ranchers only recovered a fraction of their investments and were unable to provide meat in the same capacity. The unplanned slaughter of cattle flooded local markets with beef. Flooding the markets with meat drove prices down temporarily, but the high supplies and lower prices were short-lived. Less meat provision from the local producers means there is a greater dependence on imported beef.

The cows that evaded slaughter did not fare much better. Cows that regularly produce 8 to 10 gallons of milk per day only mustered 2 gallons per day without the land to graze. Consequently, local milk prices rose by 20 percent. A lack of supply and rising prices resulted in locals reporting a 63 percent fall in milk consumption. Local milk producers reported average annual earnings of $1,393 from milk before the land was taken, but the same producers only made an average of $319 from milk in the year following the land grab. Losing land, a house, and over $1,000 would devastate a family in an advanced economy. It can be a death sentence in Haiti.

Bananas are nutritious, valuable, and delicious, but centrally-planned bananas will not lift Haiti out of poverty. If bananas are profitable for Haiti to export, private companies like Dole, Del Monte, and Chiquita will expand production on their own. In fact, those companies have been expanding production, but Haiti has not been a desirable location for major banana producers. President Moïse forcing the banana industry on Haiti is a misguided attempt at growth and only crowds out more productive efforts that will be delayed or not come to fruition.

The Haitian government should respect its citizens’ right to property, reinforce it, and refrain from violating basic human rights.

The Fraser Institute identifies the four cornerstones of economic freedom as (1) personal choice, (2) voluntary exchange, (3) freedom in markets, and (4) protection of persons and their property. Haiti’s centrally-planned bananas violated all of these criteria and failed miserably. The Fraser Institute’s most recent ranking gives Haiti one of the world’s worst rankings for a country’s legal system and property rights.

The Heritage Foundation similarly ranks Haiti as one of the most repressive countries in terms of economic freedom. Expropriation is one of the key reasons Haitians lack economic freedom. Haitians in Tru-du-Nord had their property taken against their will by their own government. Only after protesting were affected Haitians able to secure between $40 to $700.

Expropriation is legal under Haiti’s Constitution of 1987, but legality does not preclude morality or effectiveness. Not having sound property rights can stagnate an economy until the end of time. Without economic freedom, Haitians plan day-to-day in order to survive. The need to change plans regularly prevents long-term investment and therefore hinders long-term growth and development.

I do not imply Haiti’s government should sit meekly by while Haitians suffer from economic hardship. The Haitian government should respect its citizens’ right to property, reinforce this right, and refrain from violating basic human rights in the process. Local knowledge, good institutions, and individual entrepreneurship will drive development. The use of government force may reach short-term objectives, but only through economic freedom will Haiti achieve long-term development. 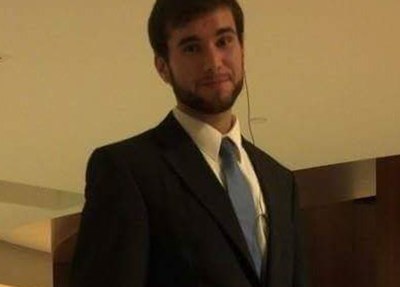 Michael Kastner is an economist and research fellow at the Johnson Center for Political Economy at Troy University.

Colombian Cartoonist Is Sued for his Satire of Candidate Ivan Duque

Is the Rise of Illiberalism Driven by Fear of Innovation and Competition?

Is the Rise of Illiberalism Driven by Fear of Innovation and Competition?

Stop with the Hitler Analogies

Jul 29, 2020
Prev Next 1 of 2,285
We use cookies to ensure that we give you the best experience on our website. If you continue to use this site we will assume that you are happy with it.OkRead more