Anyone Questioning the Patriotism of Immigrants in the U.S. Hasn’t Looked at the Numbers

Hudson Institute historian and political scientist John Fonte has written that immigrants are not patriotically assimilating. Fonte blames this supposed development on many factors but frequently credits changes in public school curricula away from the nation building Americanization Movement of the Progressive Era toward a multicultural ethos today. In previous posts, I have challenged Fonte’s claims about a lack of patriotic assimilation amongst today’s immigrants and have shown that his claims about the success of the Americanization Movement are based on anecdotes and that there as many that show it actually slowed assimilation.

The following are responses to the question from the pooled years 2004-2014:

Figure 1 shows confidence in the executive branch of government by generation. Immigrants are more likely than any other generation to have “a great deal” or “only some” confidence in the Presidency and they are the least likely to have “hardly any.” The third generation appears to have the least confidence. Over the generations, confidence diminishes and then rebounds slightly for Americans whose grandparents were all born here (fourth generation and greater Americans). Immigrant confidence in the executive branch could weaken during the Presidency of Donald Trump due to his positions on immigration, relative to those of George W. Bush and Barack Obama, but we will have to wait until additional GSS surveys are released in the coming years. 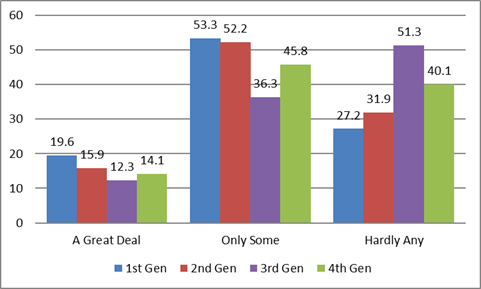 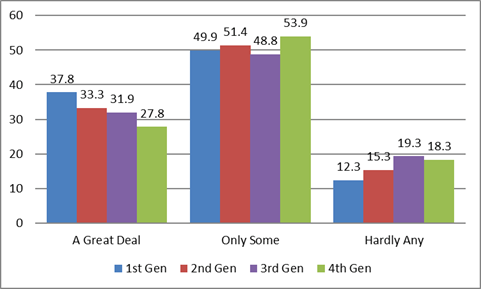 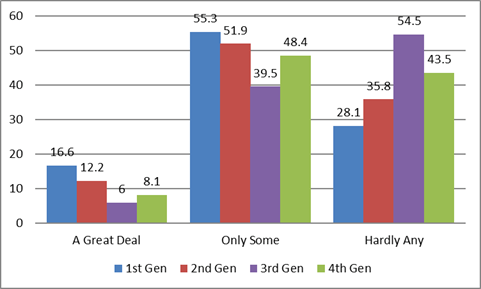 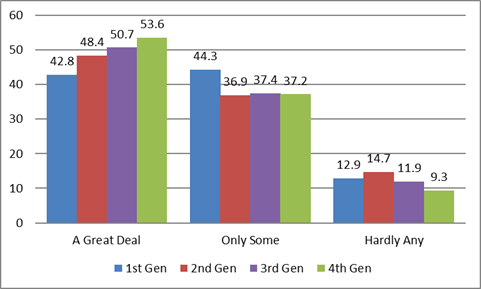 Another potential explanation for high immigrant confidence in American government institutions is that immigrants generally come from countries with worse political institutions than the United States. Their experiences with and observation of American political institutions leads to more positive opinions based on their relative experience in their home countries. Americans whose ancestors have been here longer do not know how good they have it relative to today’s immigrants who have personal experience with worse governments. As a personal anecdote, as a young adult, I remember complaining about the U.S. government and being told by my immigrant relatives that it is so much better here than in Iran. I have not forgotten that and it has made me more optimistic than most despite all of the obvious problems with our government’s institutions.

Alex Nowrasteh is the immigration policy analyst at the Cato Institute’s Center for Global Liberty and Prosperity. This article was originally published on FEE.org. Read the original article.