For more than 30 years, I’ve been trying to educate my leftist friends about supply-side economics and the Laffer Curve. 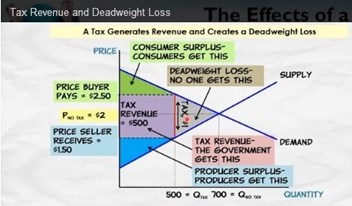 And if the tax is high and the affected economic activity is sufficiently discouraged, why won’t they admit that this will have an impact on tax revenue?

Don’t they understand the basic economics of supply and demand?

But I’m not giving up, which means I’m either a fool or an optimist.

In this Skype interview with the Blaze’s Dana Loesch, I pontificate about the economy and tax policy.

I made my standard points about the benefits a lower corporate rate and “expensing,” while also warning about the dangers of the “border adjustable tax” being pushed by some House Republicans.

But for today, I want to focus on the part of the interview where I suggested that a lower corporate tax rate might generate more revenue in the long run.

That wasn’t a throwaway line or an empty assertion. America’s 35 percent corporate tax rate (39 percent if you include the average of state corporate taxes) is destructively high compared to business tax systems in other nations.

Last decade, the experts at the American Enterprise Institute calculated that the revenue-maximizing corporate tax rate is about 25 percent. 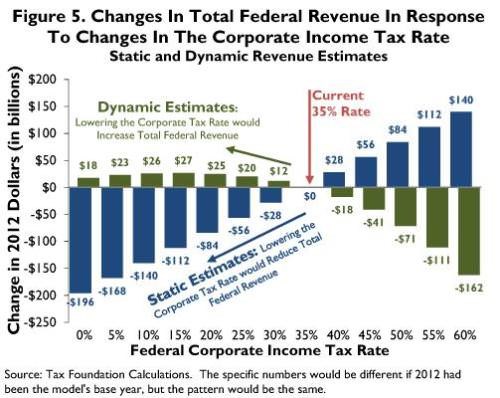 More recently, the number crunchers at the Tax Foundation estimated the long-run revenue-maximizing rate is even lower, at about 15 percent.

You can (and should) read their studies, but all you really need to understand is that companies will have a greater incentive to both earn and report more income when the rate is reasonable.

But since the U.S. rate is very high (and we also have very punitive rules), companies are discouraged from investing and producing in America. Firms also have an incentive to seek out deductions, credits, exemptions, and other preferences when rates are high. And multinational companies understandably will seek to minimize the amount of income they report in the United States.

Though I confess that I’m not overly fixated on whether that leads to more revenue. Remember, the goal of tax policy should be to finance the legitimate functions of government in the least-destructive manner possible, not to maximize revenue for politicians.

P.S. Economists at the Australian Treasury calculated the effect of a lower corporate rate and found both substantial revenue feedback and significant benefits for workers. The same thing would happen in the United States.