Fewer US Manufacturing Jobs Might Actually Be Good for the Economy

Politico reports that Donald Trump may not have a Council of Economic Advisors, the White House’s in-house think tank. Upon hearing that, former Obama White House CEA chair Austin Goolsbee tweeted: “If you never want to hear-even privately-that your idea will cost X/have these effects/needs more thought, you should definitely ban the CEA.”

Which got me thinking: What sorts of things might a proper Trump CEA tell Trump? Maybe that superfast economic growth is very, very hard.  Maybe that we can’t grow out way out of the entitlement debt problem. Maybe that selling health insurance across state lines won’t revolutionize the insurance marketplace.

And maybe the CEA economists would show Trump these two charts: 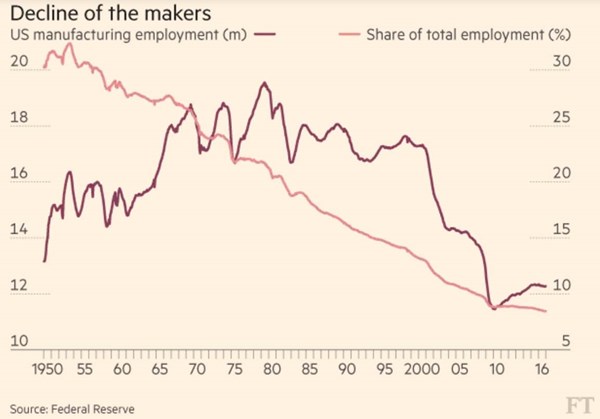 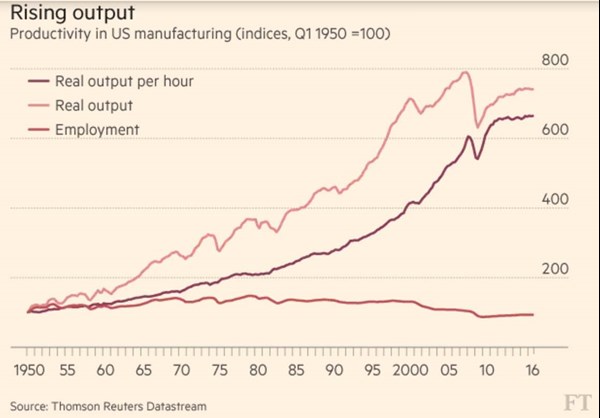 The above charts are taken from a Martin Wolf column in the Financial Times, with this bit of explantion:

James Pethokoukis is a columnist and blogger at the American Enterprise Institute. Previously, he was the Washington columnist for Reuters Breakingviews, the opinion and commentary wing of Thomson Reuters. This article was originally published on FEE.org. Read the original article.

697 Cases of Immigrant Abuse Are Under Investigation in Mexico