Venezuela: 188 Out of 190 Countries for “Ease of Doing Business”

Only Somalia and Eritrea are worse places to do business than Venezuela, according to a recent study.

With Venezuela teetering on economic collapse, and Maduro facing a spirited challenge for political leadership from newcomer Juan Guaido, supporters of the Chavista movement might do well to ask themselves: where did we go wrong?

Quite simply: they made it impossible to do business in the country.

When we talk about the collapse of Venezuela, we are talking about the breakdown of civil society…the erosion of democracy and its cherished principles of separation of powers and limited government…we are also talking about a criminal kleptocracy that has stolen the dreams of millions of Venezuelans and turned the “Chavista dream” into the Maduro nightmare. But more than anything, we are talking about a place where the entire culture of entrepreneurship, running a business large or small, has been made impossible.

Maduro and his incompetent stooges have utterly devastated the business community in Venezuela. Little wonder that employment currently stands at 34.3%. Even rigidly authoritarian regimes like China, Vietnam, and even Cuba, have seen that allowing some entrepreneurship is essential, not merely for a limited measure of human happiness, but for their own survival.

We have arrived to a bizarre place where Cuba allows for more free market activity than the socialist thugs running Venezuela.

Exactly, how bad is the state of business affairs in Venezuela? Probably even worse than you think.

According to the ease of doing business index, calculated by Simeon Djankov at the World Bank, Venezuela is ranked 188th of 190 countries. Only Somalia and Eritrea are lower.

Yes, Yemen, Syria, and Iraq, all countries with ongoing civil wars, are easier places to do business than Venezuela.

That information corresponds with other studies that have shown that Venezuela has a lower quality of life than numerous countries with ongoing civil wars. 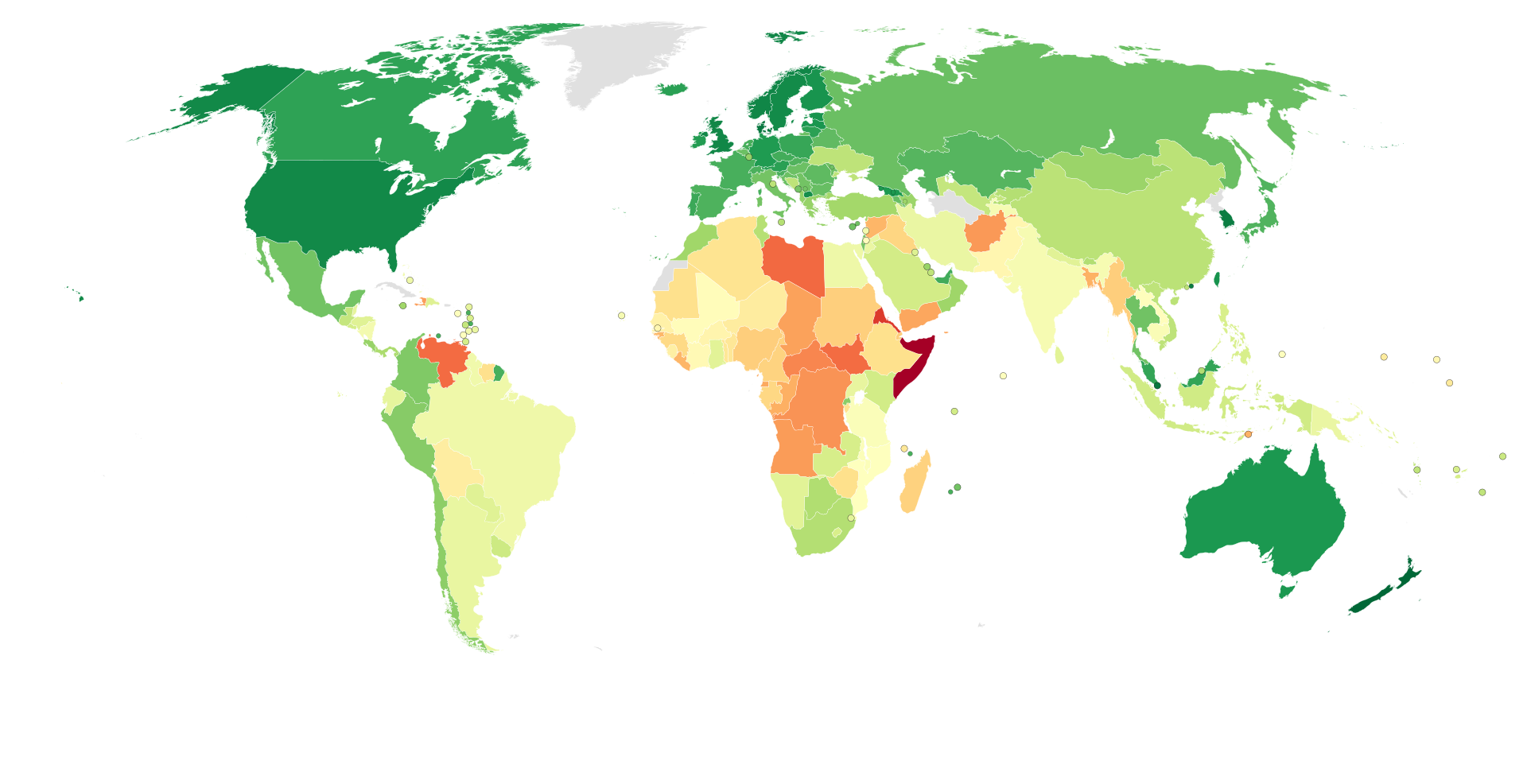 Quickly peruse the North and South American continents. Bolivia is an authoritarian government run by a socialist seeking to install himself as president for life. He hasn’t plunged the country into complete economic collapse. Nicaragua’s Daniel Ortega is a brutal dictator-in-the-making who has led a violent crackdown on students protesting his increasingly authoritarian regime. You can still, at least to some degree, run a business in Nicaragua, however.

El Salvador, Honduras, and Guatemala are in the throes of rampant criminality, corruption, and poverty; but you can still be an entrepreneur there. You can still run a business.

In fact only Haiti, clocking in at #182 on the index, even comes close to approaching Venezuela’s draconian business climate in the study. Coincidentally, the third worst ranked nation in the Americas (Suriname, #165) is also ruled by a socialist dictatorial figure, President Desi Bouterse, who is a longstanding admirer of Hugo Chavez.

Prosperity and socialism sure seem to go hand in hand, don’t they?

The index is a clear rebuke of those big-government-loving busybodies and pencil pushers who constantly take to the public square to argue that greater regulation of business would solve many of society’s ills. Nothing could be further from the truth. The study focuses on the level of regulation and restriction of business, and finds that more regulation leads to a worse business climate, and worse economies.

The categories that the study measures to comprise the composite score are as follows:

Let’s just imagine, briefly, a pre-Chavez and post-Chavez world when it comes to these categories, these foundations of business operations. Under the Chavista regime, with its complete disregard for rule of law, the law only works in your favor if you are a Chavista. If you want to start a business, register property, or rely on the legal system to enforce your contract, and you are a government opponent, good luck.

Despite having massive energy reserves, socialist governance has subjected the Venezuelan people to rolling brownouts and blackouts which have damaged many appliances, and left millions without power for days or weeks.

Protecting in investors in Venezuela? The very notion is a joke. Chavez and Maduro expropriated whatever private property they wanted, often literally stealing real estate from their enemies to reward to their Chavista supporters, despite his fervent claims that he posed no risk to private property.

Trading across borders? If you are a Chavista, you make millions or billions by accessing cash dollars at preferential rates, and controlling import/export markets. If you oppose the government, good luck finding dollars to import, well…just about anything. The byzantine and mind-numbingly complex exchange rate regimes and trade regulations ushered in during the Chavista era devestated businesses both big and small.

Unless, of course, you were a close crony of dear leader Hugo Chavez. Then international commerce was a literal license to steal.

Venezuelans are understandably furious with the government, and political newcomer Juan Guaido appears to be mounting a credible challenge to Maduro’s kleptocracy.

Let’s hope for the sake of the Venezuelan people that Guaido stands firm, and doesn’t make the wishy-washy mistakes of previous opposition leaders.

Only then can Guaido and the opposition revive the state of Venezuelan business, end the madness of hyperinflation, and restore a degree of humanity to the Venezuelan people.

David Unsworth is a Boston native. He received degrees in History and Political Science from Washington University in St. Louis, and subsequently spent five years working in real estate development in New York City. Currently he resides in Bogota, Colombia, where he is involved in the tourism industry. In his free time he enjoys singing in rock bands, travelling throughout Latin America, and studying Portuguese.

The young and capitalism as an attitude

Russian Mercenaries in Venezuela: Nothing We Can’t Handle