The U.N. Has Absolutely No Idea How Economic Growth Works 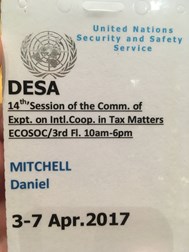 As you might suspect, it would be an understatement to say this puts me in the belly of the beast (for the second time!). Sort of a modern-day version of Daniel in the Lion’s Den.

These meetings are comprised of tax collectors from various nations, along with U.N. officials who – like their tax-free counterparts at other international bureaucracies – don’t have to comply with the tax laws of those countries.

In other words, there’s nobody on the side of taxpayers and the private sector (I’m merely an observer representing “civil society”).

What the United Nations gets wrong: The bureaucracy assumes that higher taxes are a recipe for economic growth and development. 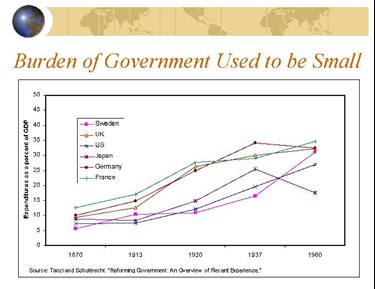 I’m not joking. I wrote last year about how many of the international bureaucracies are blindly asserting that higher taxes are pro-growth because government supposedly will productively “invest” any additional revenue. And this reflexive agitation for higher fiscal burdens has been very prevalent this week in New York City. It’s unclear whether participants actually believe their own rhetoric. I’ve shared with some of the folks the empirical data showing the western world became rich in the 1800s when fiscal burdens were very modest. But I’m not expecting any miraculous breakthroughs in economic understanding.

What the United Nations fails to get right: The bureaucracy does not appreciate that low rates are the best way of boosting tax compliance. 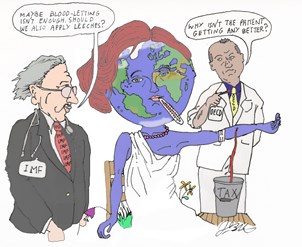 Most of the discussions focused on how tax laws, tax treaties, and tax agreements can and should be altered to extract more money from the business community. Participants occasionally groused about tax evasion, but the real focus was on ways to curtail tax avoidance. This is noteworthy because it confirms my point that the anti-tax competition work of international bureaucracies is guided by a desire to collect more revenue rather than to improve enforcement of existing law. But I raise this issue because of a sin of omission. At no point did any of the participants acknowledge that there’s a wealth of empirical evidence showing that low tax rates are the most effective way of encouraging tax compliance.

I realize that these observations are probably not a big shock. So in hopes of saying something worthwhile, I’ll close with a few additional observations

P.S. The good news is that the folks at the United Nations have not threatened to toss me in jail. That means the bureaucrats in New York City are more tolerant of dissent than the folks at the OECD.